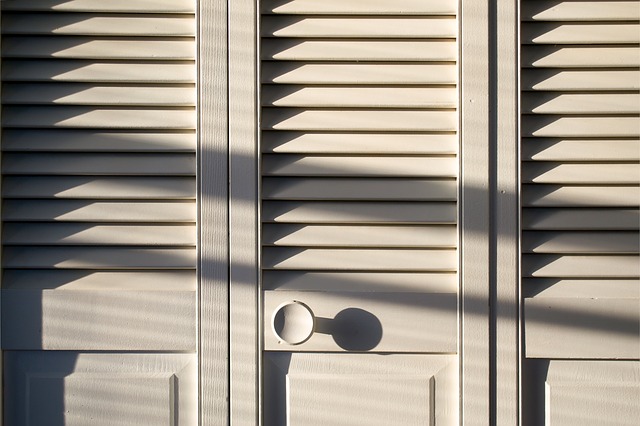 There wasn’t anything unusual about the list: a jug of milk, a dozen eggs, a loaf of bread, light bulbs, and a six-pack of extra-soft, 2-ply toilet paper. This last item, having been repeated several times, was clearly an urgent necessity. I was on my way in less time than it took to drive to the store in the first place. The bulk of my journey still lay ahead.

I was headed for my grandparents’ house. We called them Mimi and Päpä (pronounced paw-paw). My grandmother insisted on spelling my grandfather’s name with umlauts, I assume in an effort to preserve some sense of sophistication and dignity. But this was Texas. We already had a Mamaw and a Papaw. Umlauts were lost on us.

It wasn’t that the distance of the trip made for such a long journey, but that for some reason I don’t remember I was driving my grandparent’s Lincoln Continental. It was from the early 1980s and best described by the words ‘land yacht’ and ‘beast’. This thing had the same turning radius as a big rig.

Now I am, as my brother has fondly reminded me on numerous occasions, “vertically challenged.” I could barely see over the wheel and was terrified of driving over something or someone. In a tank like that driving over someone would have felt as insignificant as passing over a small speed bump.

I crept down the highway and then through the suburban streets of my grandparent’s neighborhood with my two eyes peeping over the dashboard, my hands in line with my ears and clenched white-knuckled to the steering wheel, fully aware that I looked like something out of a cartoon. Just as an aside, I later remedied the problem by sitting on top of two phone books (that was back when people still kept phone books) while driving the car. I was far too impressed by my ingenuity to be embarrassed by the appearance of it all.

I arrived at Mimi’s and Päpä’s house and immediately began putting the groceries away. The milk and the eggs went into the refrigerator, of course. I was told to leave the bread and the light bulbs on the counter. All that was left was the toilet paper.

I stood there smiling stupidly with the six-pack in hand trying to remember where they kept it and quite certain I’d never been told. The bathroom seemed the most likely place, but there were no cabinets in the bathroom. The only place to store anything in that room was under the sink. I’d seen under there a hundred times and knew the only things kept under the bathroom sink were a bottle of yellow Listerine (the kind that makes you feel you are gargling with some sort of bio-hazard) and a few rubber ducks Mimi would give us to play with in the bath when we were younger. I never once caught sight of a roll of toilet paper under the bathroom sink.

Päpä shuffled by at that moment, a New York Times crossword puzzle in hand, and waving dismissively said, “Just put it in the hallway closet.”

THE hallway closet? The hallway closet with the metal, accordion doors that I’d never seen opened? I was in my late twenties at the time, even still a childlike rush of excitement swept over me. I’d always wondered what they kept in the hallway closet.

I was raised to think it was rude to look in people’s closets and cabinets. It was like reading through their diary. Not only was it rude, but also you’d instantly regret it the moment you did. There was no way to erase the memory of what you found lurking behind the door. But you couldn’t help but wonder. For all you knew they could be hiding ill-gotten gains, a collection of wigs or garden gnomes,  or (Lord, help me!) Viagra-none of which you want to know about. It’s always something best left alone.

I approached the closet with all the reverence due the occasion; it was a rite of passage after all. I carefully folded back the accordion doors and gasped. My eyes wide with wonder, I beheld a tower of toilet paper, shelves lined from floor to ceiling with the stuff. I couldn’t hazard a guess as to how many rolls there were. The closet was filled them, all except one vacancy large enough to fit a six-pack of extra-soft 2-ply toilet paper. I drew back in awe and honestly wondered if they’d gone without toilet paper during the Depression, if the experience had been so humiliating that at some point they made a solemn vow to never let it happen again. Never again. It seemed the only plausible explanation.

It wasn’t long after this that I received a call from Päpä while I was answering the phones at the church my father pastored. Päpä’s doctor told him he needed to go to the hospital, and Päpä wondered if I’d give him a ride. The good thing about having your father as your boss is that you can tell him you have to leave work early to take your grandfather to the hospital and it doesn’t matter what is going on at the time. He is eager to have you go.

I climbed into the Lincoln Continental and drove out to Päpä’s house puzzled at the vagueness of his call. The hospital is a pretty big deal, but Päpä seemed completely unconcerned.

I arrived expecting that he’d at least meet me at the door, anxious to get to the hospital and be assured that all was okay. He did not. I let myself in, and he was surprised I’d arrived so soon. I spent the next thirty minutes sitting on the couch, waiting for him to have a snack and then gather all of his uncompleted crossword puzzles and a few personal items, just in case he had to stay over night. Mimi would periodically come into the room and offer me Fritos and bean dip or Vienna sausages from the can. This was what they always offered their guests. I mindlessly ate them (it’s the only way I can eat a Vienna sausage. Again, I don’t like to be rude) as I watched my grandparents ping-pong about the place.

When at last Päpä was ready I asked, “Where exactly did the doctor want me to take you when we get to the hospital?”

“To the emergency room,” he replied, nonchalantly as we stepped out the door. “I can’t feel my left arm.”

“WHAT!?! Get in the car!” I yelled. “Get in the car right now!” This was the only time I ever raised my voice to any of my grandparents. I still believe it was well deserved.

It’s easy when reading the war-time letters of Fred and Virginia (those poignant, romantic letters) to forget that it is the same Fred and Virginia who drove the Lincoln Continental and hoarded toilet paper rolls; the same Päpä who refused to invest in a good hearing aid, preferring instead to rely on cheap imitations—my favorite being an aid with ear buds that looked just like a miniature, hand-held radio. He kept it in his shirt pocket and would often switch out the hearing aid for an actual radio. There was really no way for people to know if he was listening to the conversation or some radio program. On Sunday mornings during my father’s sermons church goers just assumed he was swelling with pride as he listened to every word his son spoke, but we all knew then it was the radio and Päpä was listening to the Cowboy’s game.

Not long ago we were all laughing about these memories when my father remembered getting a call one night from the hospital. They needed him to come right away, because Päpä had been admitted for a possible heart attack but was trying to leave the premises. He was insisting on driving Mimi home and making sure she had everything she needed before he spent the night away.

And here is the consistency between the man I knew and the man who authored those letters. Päpä always loved Mimi. She was always on his mind and he wanted nothing but to care for her, even when away in Normandy or a hospital bed for the night.

Rebekah Durham lives in Atlanta, Georgia with her three children.  She is a graduate of Columbia Theological Seminary and has written for numerous publications. She is an avid reader and in particular an admirer of C.S. Lewis, Thomas Merton, G.K. Chesterton, Henri Nouwen, and Dorothy L. Sayers (in no certain order). She'd also blindly follow Miss Marple (Agatha Christie's famous spinster sleuth) anywhere she wanted to go. View all posts by Rebekah Durham

8 thoughts on “Behind the Closet Doors”

© Rebekah Durham and fortyoneten.net, 2018. Unauthorized use and/or duplication of this material without express and written permission from this site’s author and/or owner is strictly prohibited. Excerpts and links may be used, provided that full and clear credit is given to Rebekah Durham and fortyoneten.net with appropriate and specific direction to the original content.